"Clag" - a most amusing term describing among other things dense smoke pouring out of a locomotive's exhaust. When they are not quite in tune diesel engines can (and do!) throw out quite impressive plumes of smoke. 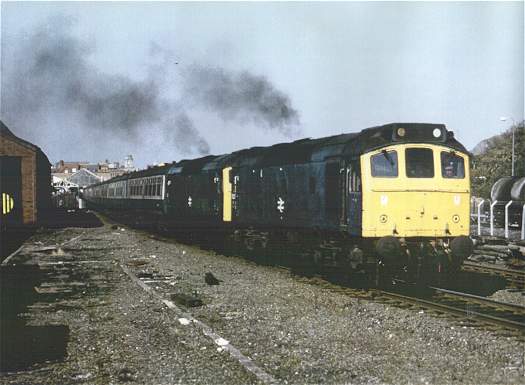 25303 and 25323 leave a most impressive trail as they blast out of Aberystwyth during a shunting manoeuvre before working a return charter to North Walsham which the 'Rats' powered to Abbey Foregate Junction (Shrewsbury). The date is 28th September 1985. 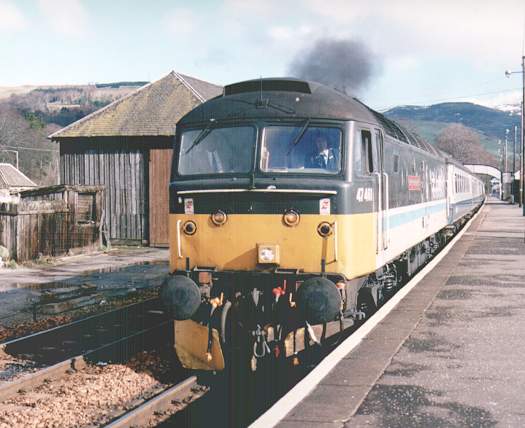 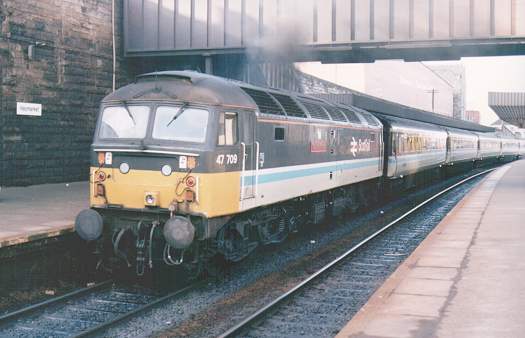 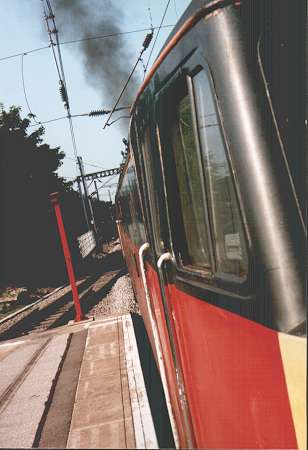 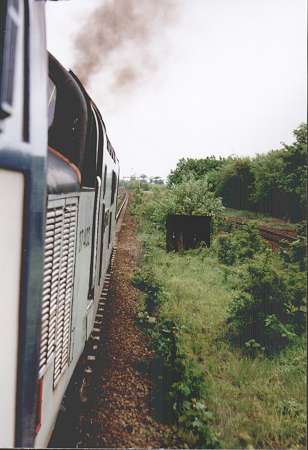