This year sees quite a lengthy diesel event at the East Lancs Railway with several theme days culminating in the now celebrated 'Mega-Mix' event over the final weekend.

There have been one or two problems in actually getting visiting motive power of the preserved variety to the event. Fortunately where the visiting locomotives from Boness were concerned this was overcome and 25235, 27005 and 47643 all made the journey south hauled by 37038.

As far as Sulzer Type 2 mileage is concerned the Scottish 1970s day was the one to attend, despite the atrocious weather (some would say typically Scottish I suppose!) the day itself was nothing short of sheer brilliance and rather accurately re-created those halcyon times north of the border.

The sound effects were more than very pleasing, many people visit these events to both ride behind the locomotives and to listen to them working hard - we were far from disappointed as the locos have seven or eight coaches to play with.

This page presents a picture and sound report of the day and is intended as a sincere form of thanks for all involved both at Bury and Boness.

All photos on these pages appear by courtesy of Phill Taylor whist the thrash was collected by your truly!

Please note the sounds are in Real Audio format, the file size is given in brackets. There is also a 'listen only' link which should (hopefully) play the sound file almost instantly, if you do not wish to have the file downloaded before playing. 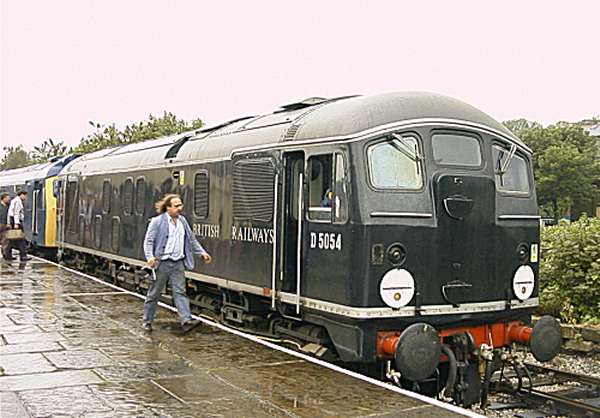 The second working of the day from Bury saw 25235 paired with resident D5054, both locos performed and sounded very well. The duo are seen after arrival at Rawtenstall. 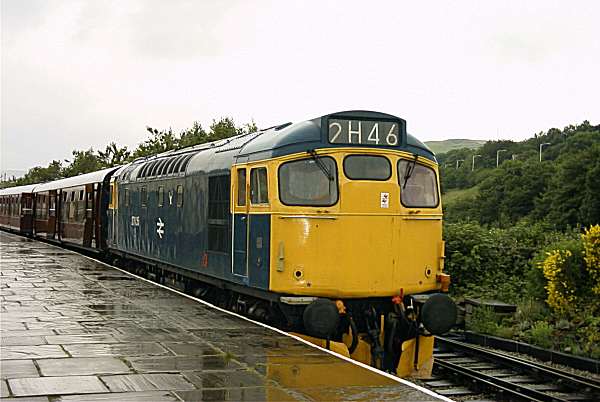 Having left Rawtenstall the next 'move' was to leave the 24 and 25 at Ramsbottom for a run with the rather nice 27005. The well restored machinery is seen at Rawtenstall with the 1100 from Bury. 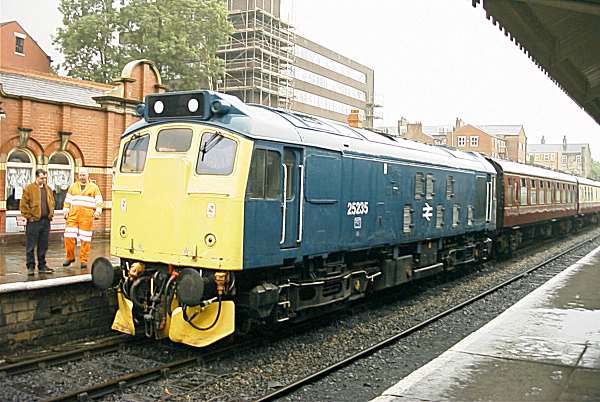 For many one undoubted star appearance just has to be 25235 which depicts the early 80s to perfection. The loco is far from quiet when powering. Here 235 prepares to work the 1600 from Bury.

Click HERE for some more views of the day.