Class 25s tended to appear on their own during the hours of darkness hauling short freight or parcels trains. Here we have three views of 25s at work during the night. Starting with 25245 at Derby on a cement train on 27th August 1982. 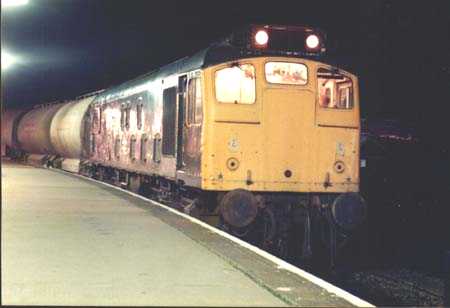 Next is 25313 seen on parcels duty at Preston on 25th March 1986. This locomotive worked the final tour in September of that year, and survives in preservation, currently based at the Llangollen Railway. 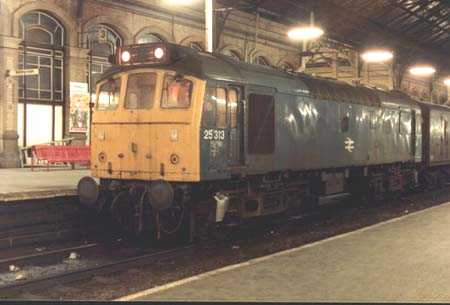 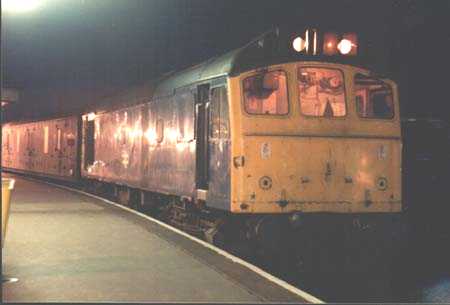 Click HERE to return to the Class 25 Pages Index