Class 25s featured on many railtours during their working lives, in 1985 and 1986 railtours were the only reasonably guaranteed form of passenger mileage. 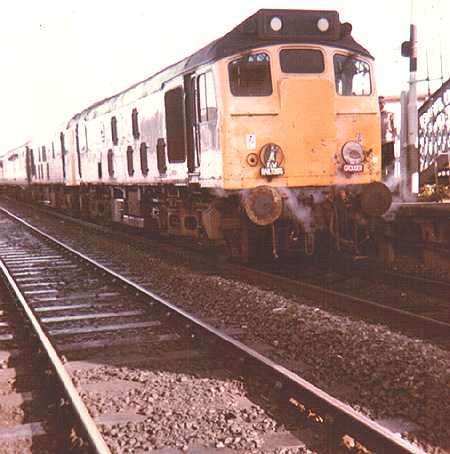 Turning the clock right back (above), 25247 leading 25064 stand at Cowdenbeath on 11th October 1980 during a photostop on the epic 'Grouser' Anglo-Scottish adventure. The 25s took over at Edinburgh Waverley at around 0815 hours and spent 15½ hours at the head of the train as it traversed just about every main line in central Scotland, including Dundee and Largs. In the early evening the locomotives left the train beside Eastfield (Glasgow) depot whilst they went for a drink of fuel and water before resuming the journey via Bathgate to Edinburgh. 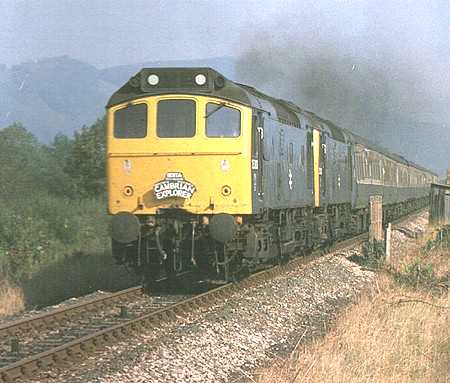 29th September 1985 saw 25 303 paired with 25 323 on the North Walsham to Aberystwyth charter, the organisers had boasted of Class 37 traction along the Cambrian, sorry lads! Here the duo are caught storming through the Dovey Valley shortly after leaving Machynlleth on the outward leg. 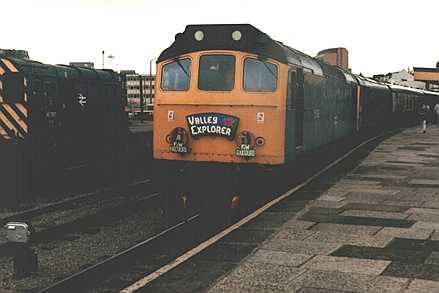 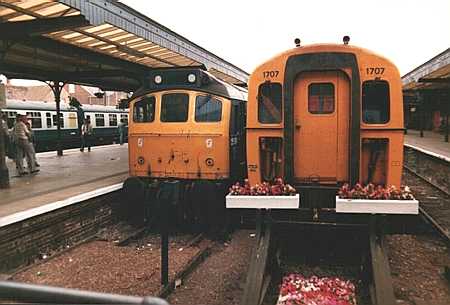 The spectacular sight of a Class 25 at Bognor Regis on 26th July 1986 whilst heading the 'Coastway Crusader'. The tour started from Bristol that morning with 25 181 and 191. On arrival at the end of the freight branch to Ludgershall 25 181 failed. Attempts were made by yours truly to resurrect the loco, unfortunately the driver had left the handbrake on at one end which caused major wheelflats. 181 was removed from the train at Andover and replaced by 33 011. A further delay ensued whilst the three piece snowploughs were removed from 25 191 as it was thought they would create a firework display on the electrified 3rd rail. 25 181 was eventually moved to Eastleigh depot where it was condemned. It was cut up on site some two years later.